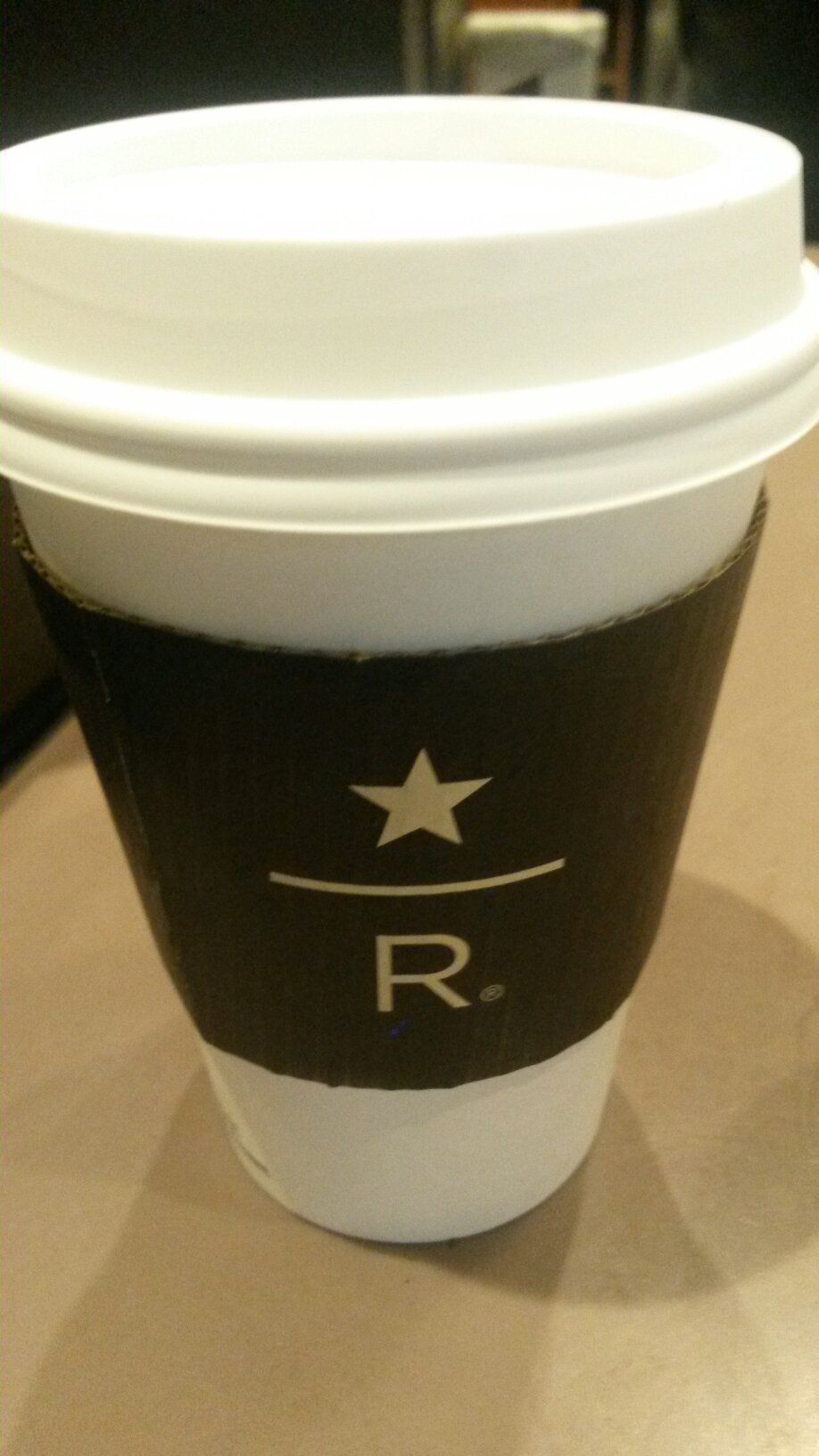 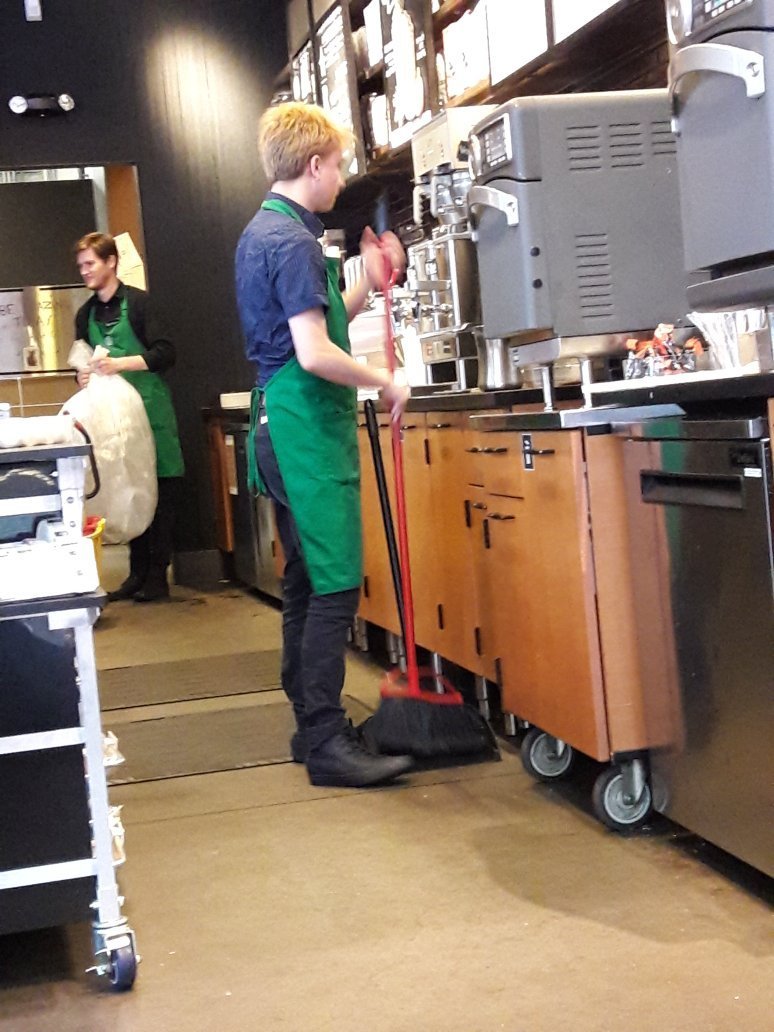 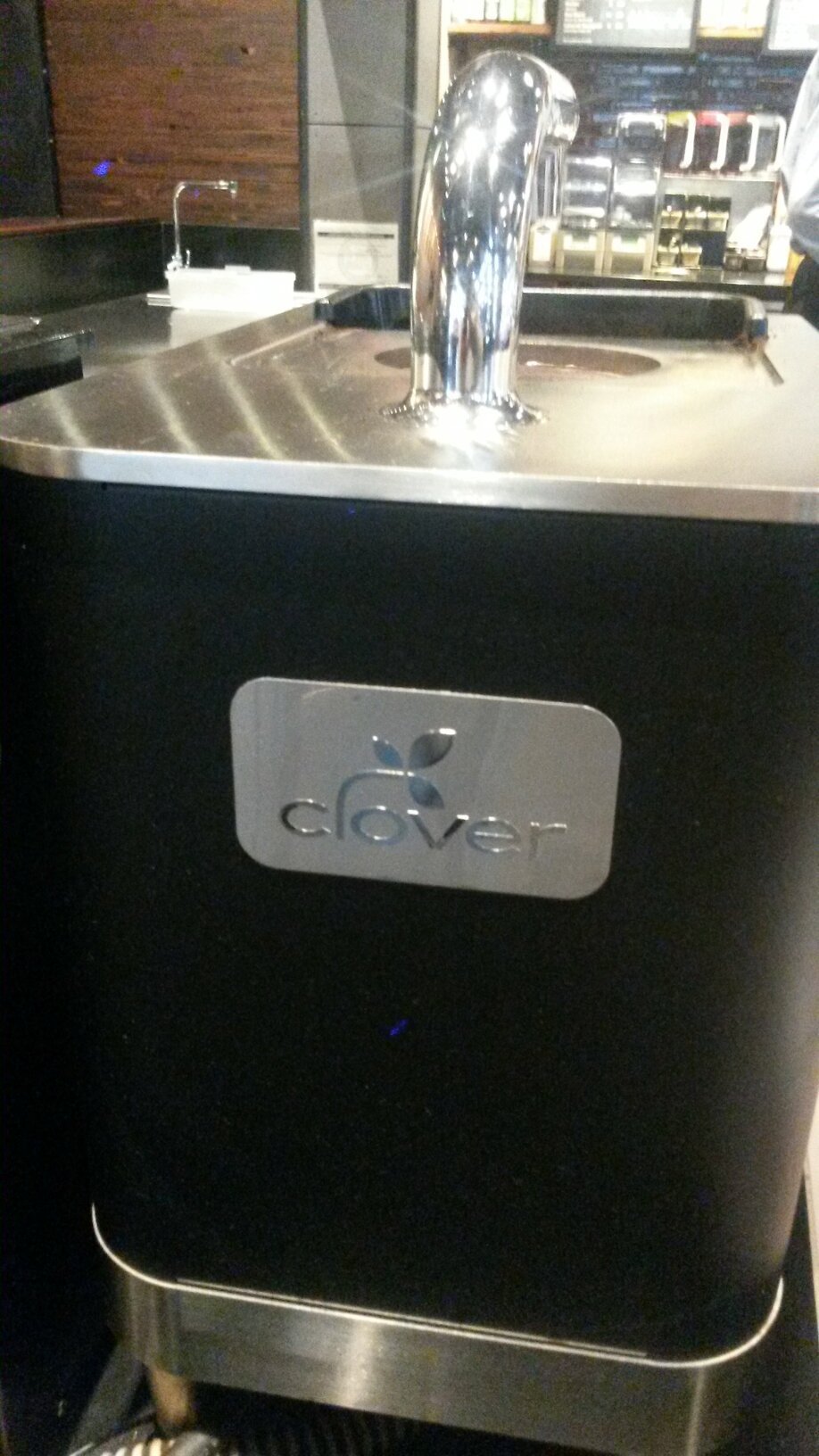 Restrooms are on the north side. This is a large Starbucks which can seat about 50. I wonder what they're gonna do in the winter when 15 or 20 homeless people hang out all day, since they have this new policy of customers not having to buy anything. That was announced in April or May 2018 after the cold winter. This Starbucks closed for remodeling for a week in July 2018.They replaced the uncomfortable chairs with padded chairs. The only other noticeable change they had to be closed for a week for is the refrigerator that's now in the southeast corner instead of two tables. There's a B loop streetcar stop across the street, Whole Foods is one block to the west, Powells Books across the street to the south.

It is just Starbucks. It is fine. The staff is very pleasant, but there is better coffee and better food (and better wifi) for less money, from any number of local joints in the surrounding blocks.

If you come just to Portland for this place, so worth it.

This location should be 5 Stars but I can only give it 2. Location is great with welcoming decor, staff is friendly with prompt service. Here is the big rub..... the store needs serious cleaning! The area carpet is filthy, the fabric couches and chairs are disgustingly dirty and dusty. The bathroom is locked and for customers only, which is fine, but it too needs a deep clean.

Very nice Starby's, but a big local spot so go before 8 if possible for no wait. Better yet, order online!

While the store itself is nice and has plug ins, ton of space, the people working here are rude. I ordered a coffee and sat for several hours drinking free refillls as a gold member they were free. I asked if i could use the restroom, they told me i couldnt that they were out of order. I saw somone go in so i sat another half hour. Somone else asked for the code and went to use it. I asked the baristas again and they gave me the same response in a snarky tone. I dumped my coffee with 9 sugars all over their sellable products and apollogised told them i dropped it got another refill poured it on the floor and walked out.

I used to work near this location and stopped in on a regular basis. The staff is great, always remembering names and genuinely friendly. It's the staff that really makes this Starbucks stand out from others in the area.

It's right off of the main Streetcar route, is fairly large in terms of sq. footage, and has lots of seats. The downsides are that they are usually pretty full, and all of the more "comfy" seats & barstool seats do not have a convenient plug in for ur devices. Still my favorite in town, so far 😉

Best store I have seen in Portland. Lots of space and a great staff.

I go in basically every morning to get a iced coffee with room and a pastry. Today I come in and once again I tell the barista ROOM in my iced coffee and not to warm up my pastry due to sensory issues. Once again for the 3rd day in a row, I get my order messed up. Don’t go here unless you want your order messed up even though you make it loud and clear what you want. As a barista of 4 years, it’s not that hard to leave room in a iced coffee. Would of asked for a refund but I needed to go to school

This is the BEST starbucks I have ever been too honestly. The staff was all laughs the entire time and so very friendly to me from the minute I arrived especially Lindsey. It was comfortable, music was great, staff was awesome! If your reading this the question is why would you not wanna come here?

Filled with homeless; stinky, surprisingly nice environment. Quasi-skilled labor for the hipsters whom take it seriously when it benefits themselves.

The location is really good. Always get greeted with a warm smile and an "how's your day?". During the morning, the wait time is not that bad. During rush hour, they get it out in a reasonable time. The staff is super kind. The atmosphere is super comfy. I've been to a lot of Starbucks and this one tops it. I love the tall windows to let natural light in as well as seeing the sunset.

We all know what we can expect at a Starbucks. Their drinks are strong and good. But overpriced!

Rooomy , quick, upbeat. A pleasant experience despite the lack of newspapers.

Good meeting spot before a Powells bookstore trip (across the street). Chatty vibe that you expect at Starbucks. City street parking so...

Great drinks if sleepy it will weak u up

They have the worse smelling bathroom for the guys, it's worse than a porta potty used by tens of thousands on a hot summer day.. that's how bad this bathroom is.. everytime I enter I almost gag...

One of the best Starbucks locations in Portland. In the heart of the Pearl District, close to shopping and dining, and right across the street from Powell's. Open glass walls offer a great view, and they have a beautiful warm wood interior.

Friendly service. Sandwich was nice and hot and my blended coffee was ice cold! Perfect

It's a Starbucks. Really friendly people with average to above average coffee.

I never go to starbucks but I had an important meeting at this one this morning, I arrived early and was totally lost on what to order.A barista dude seeing I was like a fish out of water called me over and suggested a drink after I asked and told him what I like.He gave me a taste of Nitro Cold Brew which was very good 👌I pulled the fellow I was meeting with outside because Portland is a great and interesting backdrop for conversation and this starbuck's location fits that expectation well.Awesome service, Awesome drink, Awesome place for a meeting, Awesome location. It's a good treat to drink outside, but don't fall into the habit of going to just one place in Portland or too often, there're a lot of places to explore.

Friendly, but I have to check and make sure they give me the right drink

Lovely people, staff and atmosphere. Food prices are not too bad.

I still want a sports bar Starbucks with TV espn.

This is a really pretty Starbucks with lofty windows and tasteful art it is quite fun to visit.

This is a semi big Starbucks. Very spacious to get work done. As always, there's is free WiFi. The drinks are very good as usual.

Staff was super friendly. The drinks were made very fast even though it was busy. The location is very clean.

They took out the outlets. Inconvenient and rude kinda

Out of all the Starbucks I have been, this one is by far the best. I felt welcomed, the staff was friendly to EVERYONE!!! no matter if they were homeless or not. To the manager, please thank your staff. They will be the reason I will come back there.....

Friendly staff. But also seems like a lot of homeless population lives here too. Bathrooms can be unusable😷

Do you really need a review of Starbucks? I think they over roast their coffee.

This Starbucks has an awesome open floor plan, its like the Flip or Flop people came in and tore the walls down because open floor plans are the bees knees. Usually there is a guy hanging out at the bar that smells like he hasnt showered in a few days, so minus one star for smell.

Super nice people, the cafe is clean and setup in a way that you can have your privacy but still be in a public place

I actually like this location. One of the baristas there is super nice and talks about being a nanny. I have a 20 month old. Quick service. Same coffee. Other customers more on the normal side since it's the Pearl. I like the asthetics and seating. I have been here over a dozen times and will keep going when in the area.

Relaxing atmosphere. Barista was friendly, out of tea I wanted, recommended a substitute. Not super busy EARLY in morning, when things pick up baristas are quick.

Your question has been sent.

Your review has been submitted.

Want to order over the phone?

Thank you for being with us!

We will call you back!